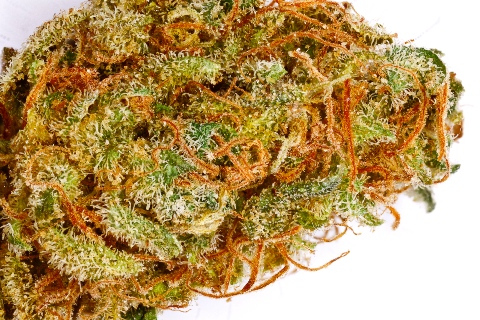 G13 marijuana strain, which is also known as Government Indica Strain 1 or G-13, is a hybrid cannabis strain which is an Indica dominant. It comes with 70% Indica and 30% Sativa strain ratio. It’s been rumored that the G13 cannabis strain was bred by the US Government in the 60’s and the 70’s. It was believed that they were experimenting with growing native Afghani cannabis strains with the purpose of producing a medical variety.

However, its origins are still not confirmed. Despite its unclear origins, G13 proves to be one of the cannabis strains that you don’t want to miss in your lifetime. It’s a very powerful medical marijuana strain with THC levels that reach an average of 25%.

G13 is said to be one of the quality strain that can give you a strong effect. It also contains a high amount of THC level and can also boost up your mind and body because it is Afghan Indica.

It is one of the most potent kinds of strains because of its high THC content that is about 25%.

There are beliefs that G13 stands for government and 13 as a quality strain. Others say that G is for Greenhouse while the number 13 is its origin.

The leaves of G13 look usual where it is wide in appearance but tend to get smaller at the tip. G13 also has pistils that are dark pink to reddish brown in color.

G13 has a fruity taste with a hint of spice. It can provide the users a cerebral high that can give them relaxation.

G13 is also not that difficult to grow so even if you are a beginner you can still expect satisfying yields from this strain.

G13 can be grown both indoors and outdoors. However, a lot of growers get greater yields when grown in a hydroponic system.

Using G13 even in a little amount can already give you the effects that you are expecting. In this case, you have to control your usage of G13 if you don’t want to experience a strong high effect.

If you are wanted to grow G13 then it is important for you to know that this strain requires sufficient amount of nutrients as well as proper fertilization for maximum growth. It is best to grow G13 in hydro soil but you can also grow it in greenhouse and outdoor. You just have to assure that the climate is hot for it to grow well. Good thing is that it will only require moderate to heavy feeding.