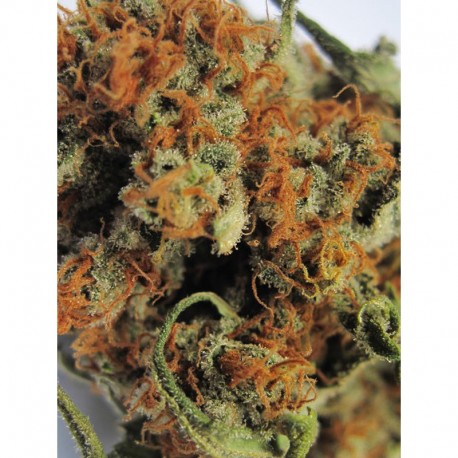 What is Blue Cheese Marijuana?

Blue cheese marijuana is an indica-dominant strain. It is known to have a pungent smell.

But despite that, it actually has a blueberry taste with a hint of strawberry. This marijuana strain is linked to a cross between Blueberry and Cheese, which is the basis of the name of this strain.

The smoke produced from this strain is quite different from its taste; it has a blueberry with an evident musky undertone which is typical of the original cheese strain when exhaled.

The buds produced from this strain is said to be small, soft and covered in sticky trichomes. This is a marijuana strain that boasts dark and light shades of green that are covered with sandy orange hairs. The heavy Indica effects will help you feel relaxed at the end of the day and can provide relief for muscle spasms, pain, and stress.

The THC content of blue cheese marijuana is quite high. It is potent at 15% – 20% content. Its effect is primarily on the body which would then free the mind. Sometimes, it would make people lazy but not so much. Because of the primary effect that usually hits the body, blue cheese marijuana is most of the time prescribed to treat stress, depression and anxiety-related disorders. There are times that it is also used to relieve minor aches and pains. You may also find this strain helpful in treating sleeping disorders and migraines since it stimulates the appetite. It can relieve the symptoms of nausea and help people with eating disorders.

Preferred Time for Use

Since blue cheese marijuana hits more on the body, it is actually preferred that it is taken during the evening. As what was mentioned in the effects section, it hits the body so it can free you from any bodily pain. This can then help your brain concentrate on the things that you need to do.

Some say that this is also a good strain to take during the day because of its effect. Although it has a euphoric and spacey effect on the user, it can take an ample amount of time to progress to the maximum strength. It usually takes around 5 – 10 minutes for blue cheese marijuana to take effect.

After which, you will be up and running to do all of the things that you have to do during the day or night. Although this may not be the best, it can surely have a lot of medical benefits that you can make use of.