How To Treat Powdery Mildew Weed? 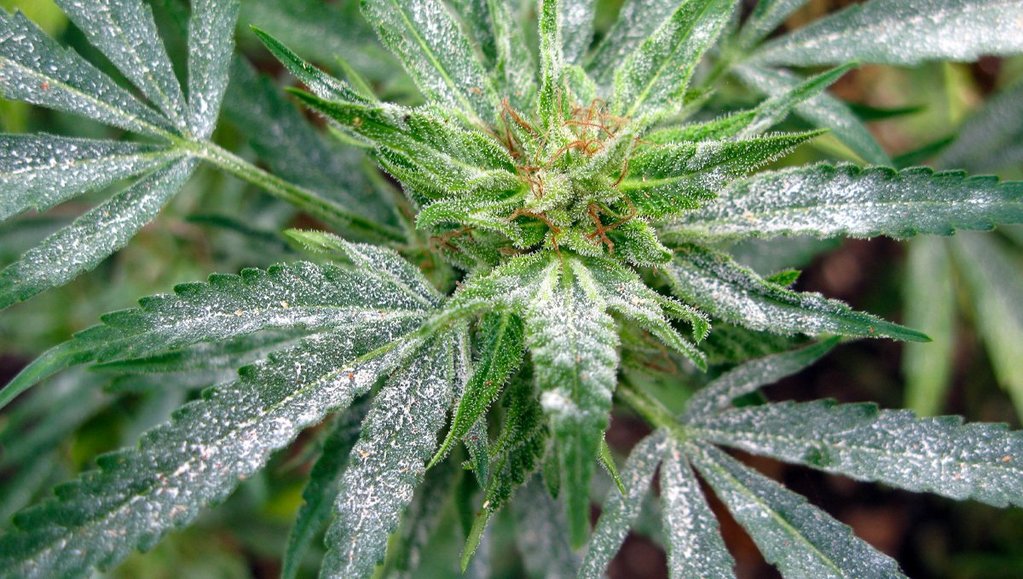 Completely getting rid of powdery mildew weed can be complicated sometimes. It is one of the most common problems of home and commercial growers. Of course, as much as possible, they want to grow their cannabis in the best healthy way and remove powdery mildew. If you are growing weed indoors, there are few methods to eliminate this airborne fungal. It is always best to kill it before it even ruins your precious marijuana crops. Keep reading and know what methods are best for you.

What is Powdery Mildew Weed?

It is a white or grayish powder which you can see on the leaves of your cannabis plants. It does not just grow in weed but also on other plants caused by airborne fungal spores. You will see small blister on the leaves before the powdery mildew shows.

While both animals and humans can also contribute to this spread, they are frequently spread through the air of indoor growing. After the air brings the spores into your plants, it will stay dormant. When your environment becomes suitable, the spores will get activated. It would help if you had effective air purification to prevent the spread of these spores and another fungus that can affect your plants’ growth. Both small indoor garden and large commercial growers can both get an air purification.

One of the most debated controversies among marijuana cultivators is if powdery mildew weed is system-wide to the plants. Medicinal Genomics, a leading group of powdery mildew researchers, is not even sure of their answer. Until now, they continue to research, and in that case, the system-wide term is not right to be used.

What Happens When You Smoke Powdery Mildew?

There is also no enough evidence if it is dangerous to smoke powdery mildew. While this is not a human pathogen, it can still cause allergic symptoms. The nasty appearance of powdery mildew is the main issue for some growers. But, if your marijuana plants are experiencing Botrytis cinerea, never smoke the weed. If you have infected buds, use ethanol to burn the spores.

Where Does Powdery Mildew Infection Start?

The infection starts on the leaf when a pore (conidium) lands. Once the spores develop, it will grow into an appressorium. Appressorium is a growth structure that helps the spore gets attached to the tissue of the plants. The fungi will pierce the dermal tissue with a taproot known as haustorium. A haustorium will absorb all plant nutrients, and this can weaken the leaves. It will slowly reduce the ability of plants to proceed with photosynthesis and slowing their growth.

How Can It Spread?

When the infection begins, a mycelium network will develop on the plant fast. Both spores’ species are airborne while the P.macularis spore also moves through drops of water falling from one leaf to another or blown by the wind. Cleistothecium is hardy spore structures that can survive in overwintering and long period. Research shows that it can take about 20-40 dpi from the beginning of spore infection until it can grow its spores.

One of the traditional ways but very useful is using apple cider vinegar to eliminate powdery mildew weed. You can mix about two teaspoons of apple cider in a quart of clean water. You can use this organic method to spray the mixture on the leaves to kill the infection.

Change the pH of your marijuana leaves to create an infection-free environment. Use alkaline water and spray this into the weed buds during the late or mid flowering cycle. But, remember that the effectiveness still varies from one plant to another.

Baking soda is a popular solution to treat powdery mildew. You need to dilute this in water and spray it on your plants. It is one of the most effective ways to change the pH balance to stop the growth of powdery mildew. While there are few studies about it, many still use this because they first see the results.

The shortwaves of UV radiation can help kill powdery mildew. However, it would help if you remembered that UVC could harm plants, humans, and animals on a specific level. When the sun produces UVC, it gets absorbed by the ozone layer. But, particular UVC lights are sold for weed cultivators. Just use the lowest intensity level for your plants and use any protective gear to protect yourself. Never overexpose the plants because it can damage their DNA, and using UVC air filtration will help disinfect the air while it avoids harming humans and plants.

You can control powdery mildew by using sulfur burners. Like the UVC, be careful when using this because too much exposure to sulfur will harm the plant’s leaves. But, when the flowering cycle begins, do not use sulfur to affect the flavor and smell of the cannabis flowers. If you choose this method, take safety precautions always.

Milk has probiotic lactobacillus, and it can help treat powdery mildew in some cases. Do not spray too much on flowering cannabis because too much protein can lead molds to grow more. You can use low-fat, skim milk to see the results effectively.

Even if this is an extreme act, it is essential to eliminate the plant that already has powdery mildew before it spreads to other plants. Make sure you put the infected plant on a plastic bag securely to prevent the spread of spores. An air purification system helps keep your plants protected by making the air clean.

You need to stop the mildew before it can ruin your plants immediately. It is essential to keep your garden clean and a favorable environment to cultivate. Mildew needs to be eliminated because it prohibits the plant from collecting nutrients in the leaves effectively. When the mildew spreads, leaves will be unable to get nutrients and will significantly affect its growth. If left alone, powdery mildew weed will ruin your plants, leaving you with nothing. Treating the infection is better than doing nothing.

How to Grow Small Weed Plant: A Simple Guide

Mainlining Weed: A Step By Step Guide for Beginners