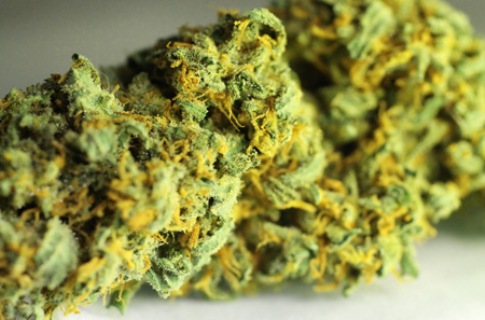 This marijuana strain is found to be great for creative people as it awakens such. At the same time, it minimizes insomnia and stress levels, a common problem for people with busy lifestyles.

One of the features of this particular strain attributes is that it gives an unbelievably high level of euphoria and happiness to the user.

It makes the user relaxed and uplifted in almost equal levels.

It gives a kick for creativity which makes it ideal for people who are into the arts such as writes, painters, and film people.

It could also treat (clinical) depression and could alleviate body pains. It is also found to cure or minimize the effects of arthritis.

It is found to relieve frequent headaches or migraines.

It could also be a cure for insomnia because it releases chemicals that could make you sleep faster during the night.

It is used for and by people who have attention deficit hyperactivity disorder (ADHD) and post-traumatic stress disorder (PTSD).

It has three known flavors: earthy, pine, or pungent. Specifically speaking, it is known that it has a sweet lemon coupled with a spicy pine aroma.

In terms of operations, it might be good for Trainwreck strains of Marijuana to be put into SOG (Sea of Green) or Screen of Green (SCROG). As for the level of the power of Hydrogen (pH) of the soil, many growers recommend that it must be 5.8 to 6.0 of optimal growth is to be pursued.

Also, note that this type of strain stretches really tall during the first three weeks of flowering. Hence, it is recommended that when you are growing it indoors, the ceiling must be high. If grown outside, make sure that it could cling on to some sturdy object because the wind may cause it to break if they are without support. Usually, they bloom during October when people have planted it outdoors.